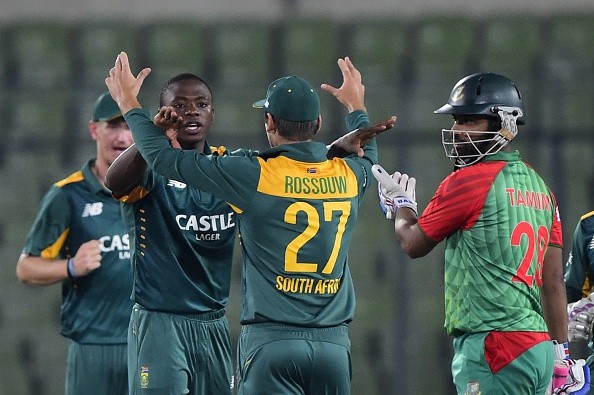 Before the 2nd ODI, Bangladesh had managed to get past South Africa just once in thirteen years. Now, on the back of successive series wins against Pakistan and India, and having successfully bagged a Champions Trophy spot, Bangladesh would like to make it a treble.

A series win against South Africa would go a long way in boosting Bangladesh’s confidence for the Test series that follows, and in the run-up to the T20 World Cup next year.

The first ODI might have been a comfortable victory for the visitors courtesy a match-winning debut by Kagiso Rabada, but the Bangladeshis gave them a taste of their own medicine in the second. The outfit is without their premier bowler and batsman, yet the team has enough experience in batting and firepower in bowling to be a competent force.

The South Africans would like to believe that the last ODI was a minor aberration to their overall limited overs form. In the absence of AB De Villiers, the batting looked rudderless in front of a potent Bangladeshi attack in the last ODI. JP Duminy and Faf DuPlessis have enough experience of sub-continental wickets to shape the innings, and they would like to put it to good use, as another pale batting performance for the team would be embarrassing.

Rabada has been a revelation, having picked up six wickets on his debut, including the third hat trick by a South African in ODIs. The 20-year old carried his form into the second ODI, troubling the Bangladeshi batsman with pace and bounce even in a small chase. Morne Morkel, one of South Africa’s premier pace bowlers, had been left out of the first two ODIs, making the attack seem inexperienced. Imran Tahir and Duminy have been tidy, but haven’t been able to create much of an impact on the slow, two-paced wickets.

The batting bungled at the hands of a red-hot Kagiso Rabada in the first ODI, but the top order managed to gobble up a low total in the second ODI with relative ease. Soumya Sarkar, who regularly got off to decent starts against India, blazed his way to an unbeaten 88 in the last match, playing his natural game to guide Bangladesh through.

Mahmudullah, back in the side following an injury that succeeded a fruitful World Cup, played a responsible innings to support the opener. A veteran of 121 ODIs, the Tigers will be banking on him to play the role of the sheet anchor, along with the likes of Shakib and Mushfiqur Rahim.

Shakib Al-Hasan and Mashrafe Mortaza are just two wickets shy of joining Abdur Razzak in the 200 wicket club for their country. Nasir Hossain has been a key component of the spin attack this time, much like the previous series against India. He played a crucial role in the second ODI, picking up three wickets at a sparing economy of just over 3.

Rubel Hossain, who had a fine World Cup earlier this year, was instrumental in providing the initial pressure along with Mustafizur Rahim, whose wily cutters are turning out to be a real nightmare for batsmen. 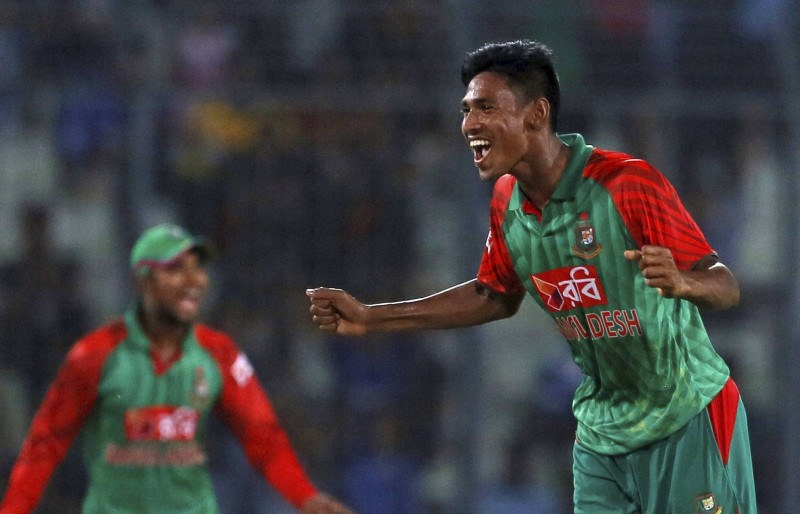 Mustafizur Rahman: Under Heath Streak’s guidance, the lanky southpaw has been on fire since his debut against India last month. He presents very little width to the right-handers, and his clever variations have been lethal in the final overs. His off-cutters did the trick in the previous match, and as he picked up three wickets, taking the wickets tally in his first five ODIs to 16. The 19-year-old has earned the fruits for his performances, having been drafted in the side for the Test series to follow.

Hashim Amla has had a rough period of six ODIs following a magnificent 159 against the Irish in this year’s WC. Possessing the second highest batting average in limited overs cricket, this is the longest fifty-less run for the batsman in the last seven years. In the absence of Devilliers, a substantial contribution from Amla will release a lot of pressure from the middle order.

Having already booked a spot in the Champions Trophy in 2017, Bangladesh will be aiming for a third consecutive series win, after convincing victories over Zimbabwe and India. The Bangladesh Cricket Board announced the squad for the Tests, giving an opportunity to Mustafizur Rahman for the first time and also bringing in Mahmudullah following his injury break.

South Africa went ahead with the 20-year-old Kyle Abbott in place of the experienced Morne Morkel for the first two ODIs. Ryan McLaren and Wayne Parnell have also been waiting in the wings. They are likely to go along with the same attack, giving the youngsters vital exposure to sub-continental pitches.

The Zahur Ahmed Choudhary stadium at Chittagong hosts the final of the three ODIs, after both the low-scoring games were played on the slow Mirpur pitch. The wicket here is expected to be flatter and better for batting, although there has been only a single 300+ total in nine years of ODI cricket at this ground.

The last time these two teams played here was in 2008, when South Africa thumped to a nine-wicket win. Tamim Iqbal, a 19-year-old then, had played a lone hand, scoring a valiant 82. Now an experienced player, the onus will be on him to weather the young pace attack.

Shakib Al-Hasan is the most successful bowler on this ground, having picked up 27 wickets from 13 matches, including his career best of 4-16. He also has a century on this ground to his credit.