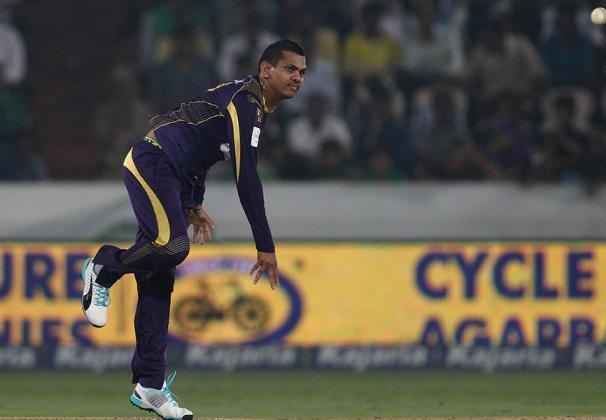 Kolkata Knight Riders (KKR) spinner Sunil Narine has been reported for a suspect bowling action once again, bringing into doubt his future participation in the ongoing Indian Premier League (IPL) season. Reportedly, the legality of his action was brought into question during KKR’s most recent match against the Sunrisers Hyderabad on Wednesday. While he can continue to bowl as of now, it is unlikely that he will take any further part this season as the move could lead to a ban and jeopardise his career in the long term.

Sunil Narine has been reported for a suspect action following #SRHvKKR on Wednesday. #IPL #KKR

Narine had initially been reported during the Champions League Twenty20 in India last year and was subsequently banned from taking part in tournaments organised by the Board of Control for Cricket in India (BCCI). He underwent remedial work on his action subsequently and ruled himself out of the recently concluded World Cup due to not being entirely confident with his new action, even though the ICC seemingly had no issue.

Prior to the start of this IPL season, the BCCI had made it clear that he will have to undergo tests at the ICC-accredited laboratory in Chennai before being allowed to take part in the lucrative T20 league.

Narine came through the tests satisfactorily enough to be cleared and has played all the games for KKR this season. However, he hasn’t been able to have the same effect as earlier as he has picked up just 2 wickets from 5 games at an average of 73.50.